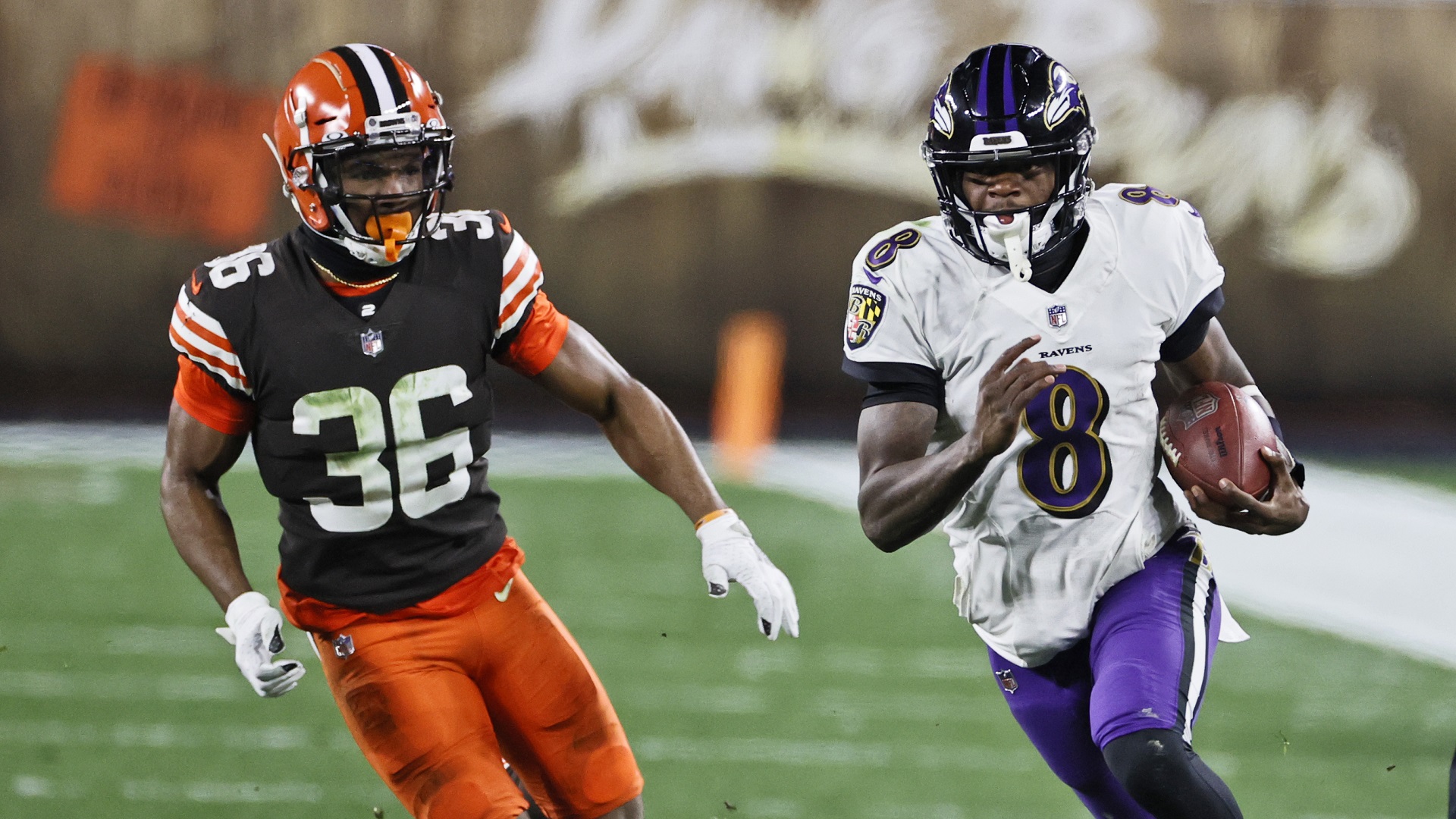 Baltimore coach John Harbaugh said he spoke with Lamar Jackson on Monday about the star quarterback's profane postgame tweet directed at a fan a day earlier, saying the language Jackson used was out of character. Jackson, meanwhile, insisted on Twitter that he did not intend to disrespect anyone's sexual orientation and has never done so. After the Ravens lost 28-27 to Jacksonville on Sunday, a fan suggested Baltimore let Jackson […]

Jackson says there could be ‘cutoff’ point for negotiations

BALTIMORE (AP) — Baltimore Ravens quarterback Lamar Jackson's contract negotiations are lingering into training camp, and Jackson says at a certain point, it could be time to put those talks aside. Jackson says there will probably be a cutoff point for negotiations. That's not a huge shock. Contract talks during the season can be distracting. So it appears if the Ravens don't reach a long-term deal with him soon, this […] 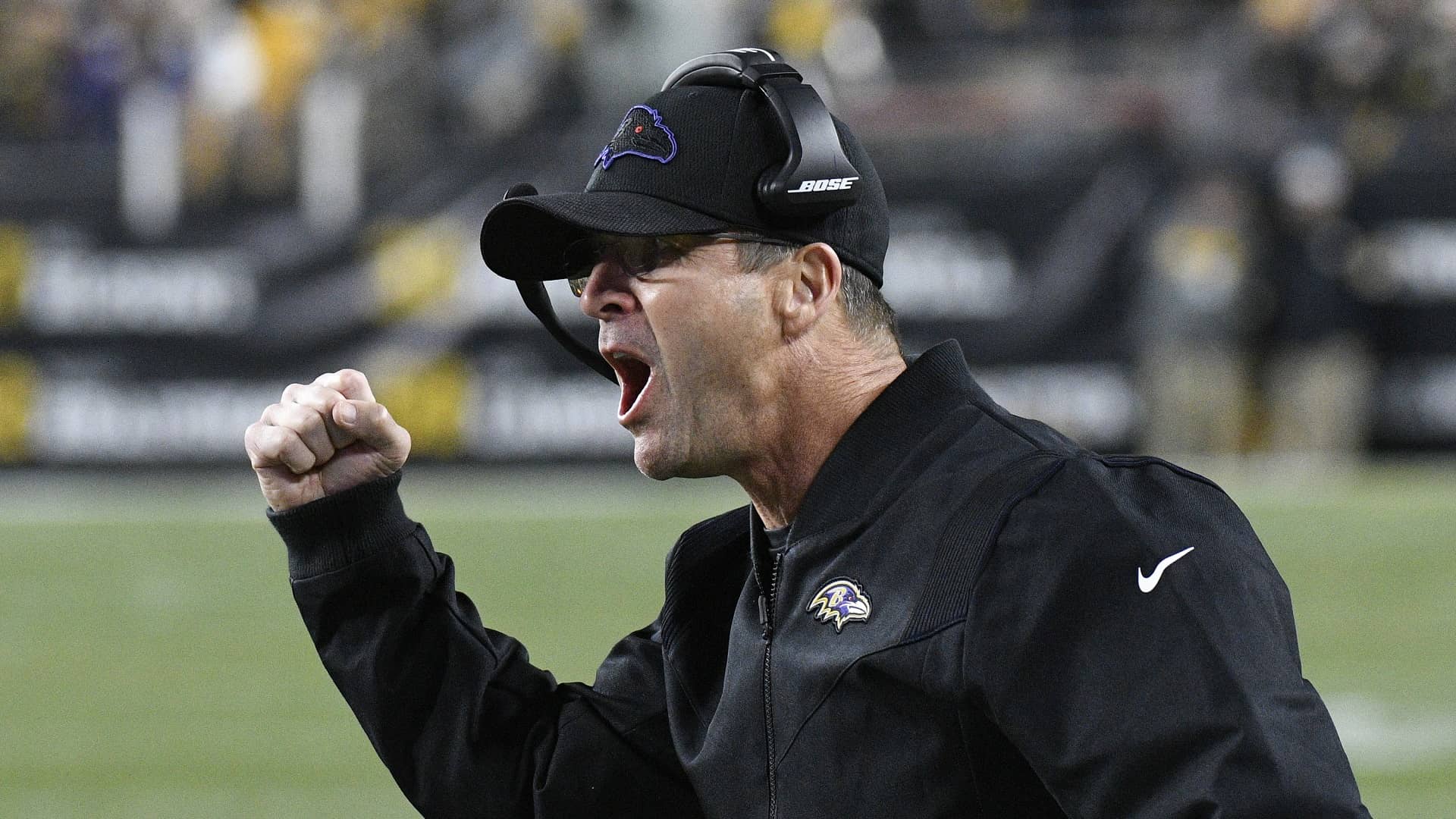 John Harbaugh confident Ravens will bounce back next season

OWINGS MILLS, Md. (AP) — Baltimore Ravens coach John Harbaugh is "fired up" and ready to turn Baltimore into a contender again after a frustrating season that ended with six straight defeats. Baltimore finished 8-9, just the second losing season under Harbaugh. Despite injuries and other challenges, the Ravens were in the playoff hunt until the last week of the regular season. Harbaugh has begun laying the groundwork for next […] 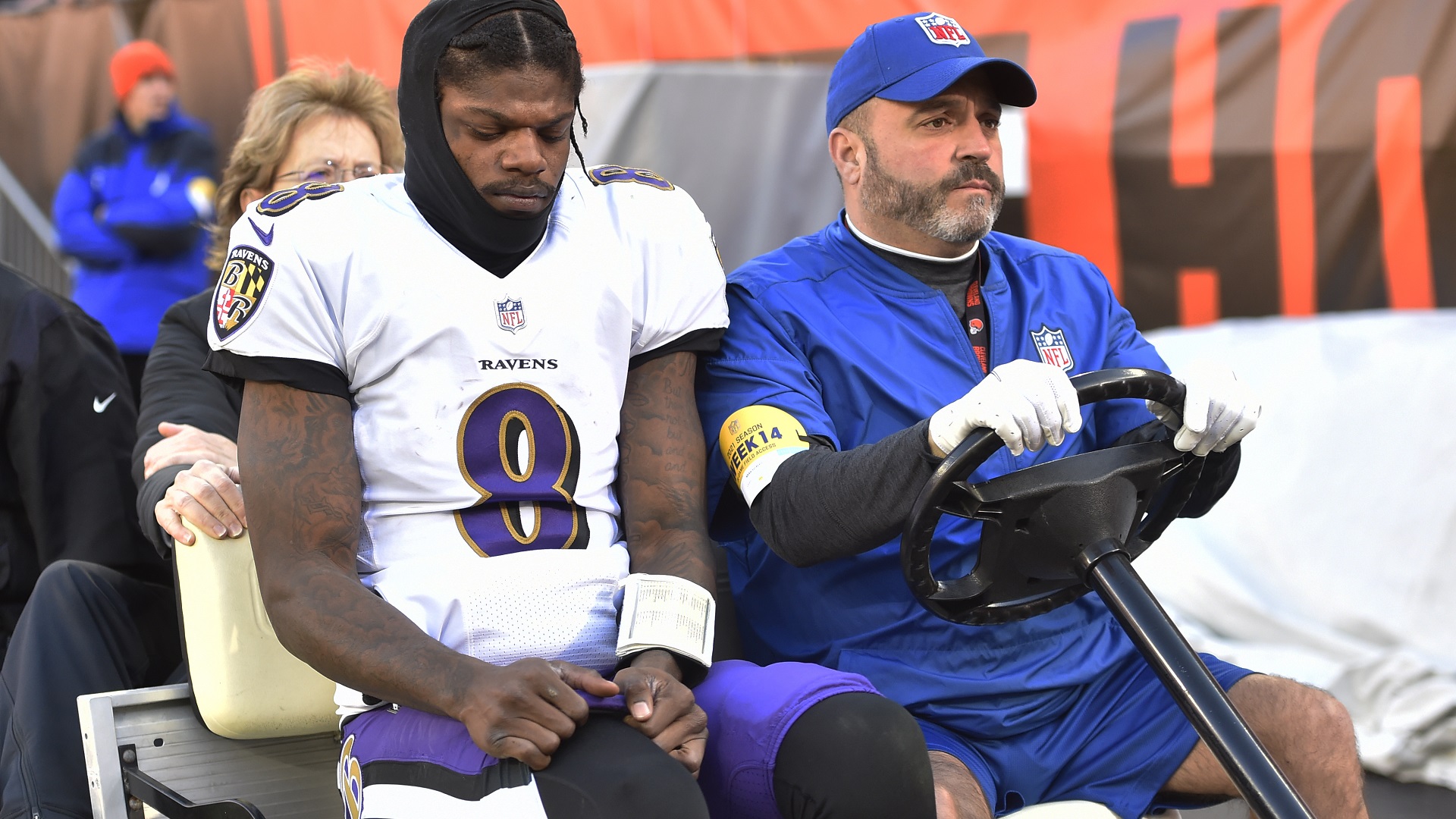 CLEVELAND (AP) — Baltimore star quarterback Lamar Jackson suffered a right ankle injury in Sunday's 24-22 loss to the Browns, yet another significant injury for the banged-up, first-place Ravens. Jackson was carted to the locker room in the second quarter. He got hurt when Browns rookie linebacker Jeremiah Owusu-Koramoah hit Jackson low while throwing a pass. Baltimore coach John Harbaugh said Jackson will undergo further tests. He would not speculate […]

Gamble doesn’t pay off for Ravens in loss to Steelers

PITTSBURGH (AP) — John Harbaugh went for the win, and it didn't work out for the Baltimore Ravens. The Pittsburgh Steelers edged the Baltimore Ravens 20-19 after turning aside a 2-point try by Baltimore in the final seconds. The Ravens pulled within one with 12 seconds to go and opted for a 2-point conversion instead of forcing overtime with an extra point. Lamar Jackson's flip to tight end Mark Andrews […]

BALTIMORE (AP) — Lamar Jackson provided one brilliant highlight during an otherwise subpar performance and his 13-yard touchdown pass to Mark Andrews in the third quarter was enough to lift the Baltimore Ravens to a 16-10 victory over the Cleveland Browns. Jackson threw a career-high four interceptions but the only Baltimore touchdown was a memorable one. Jackson scrambled all the way back to about the 35-yard line before lofting a […] 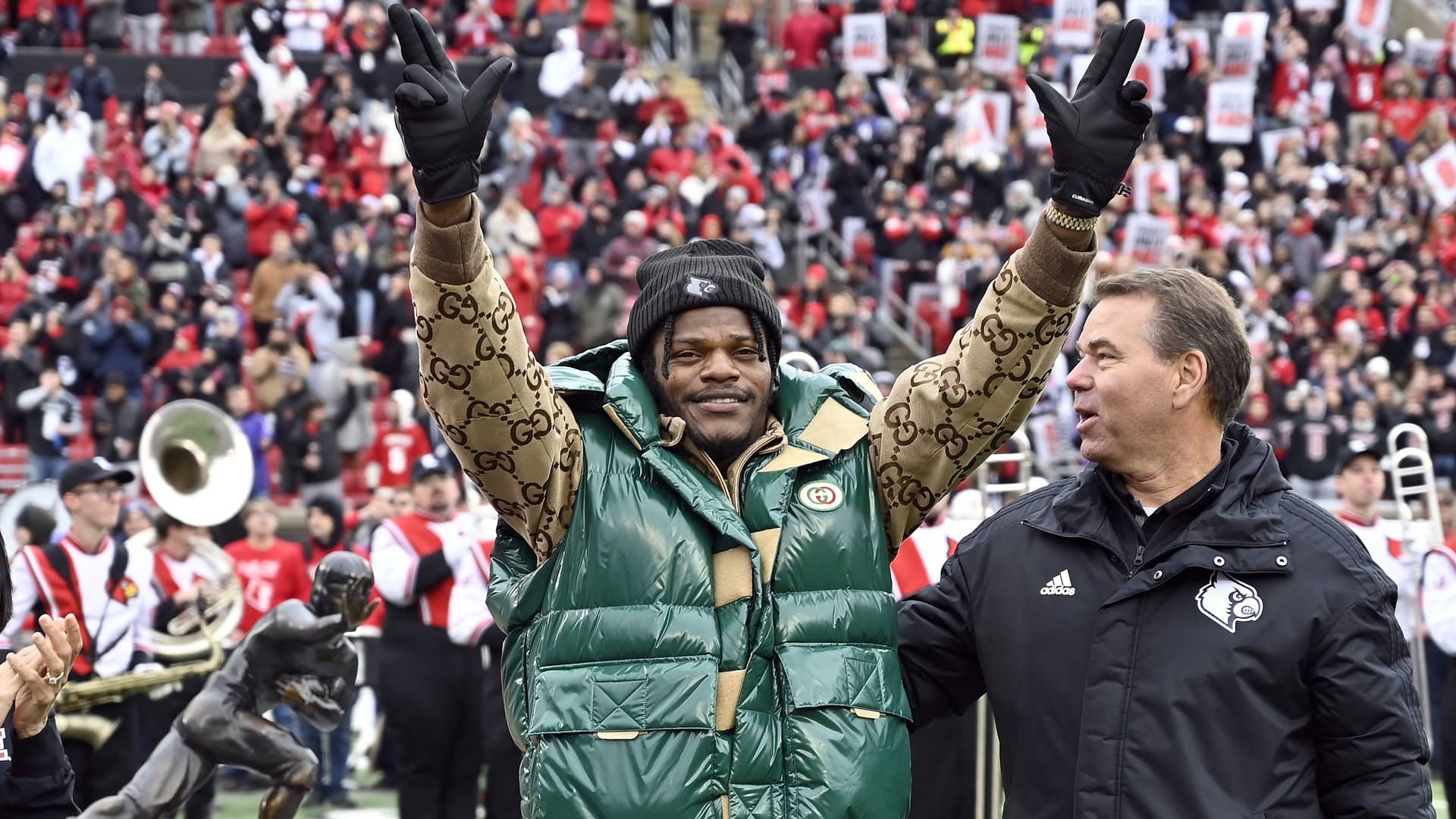 Lamar Jackson reflective as Louisville retires his No. 8 jersey

LOUISVILLE, Ky. (AP) — Lamar Jackson was all smiles and even a little reflective as Louisville retired his No. 8 jersey. The 2016 Heisman Trophy winner joined Johnny Unitas as the program's only players to have their jerseys retired. Their numbers were placed at opposite ends of Cardinal Stadium's east upper deck. As for the game itself, Malik Cunningham threw for four of his five first-half touchdowns, and Louisville’s defense […] 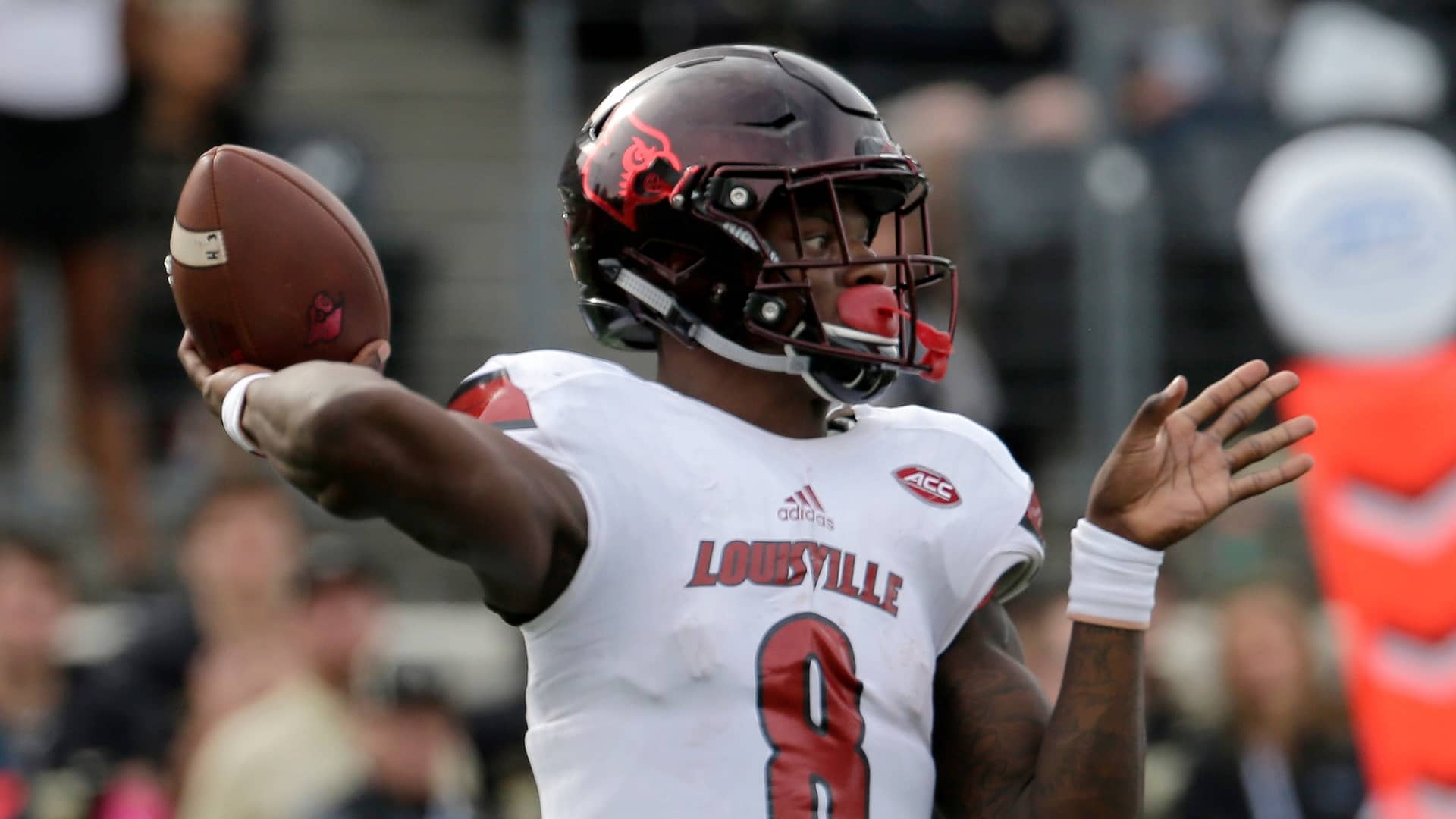 LOUISVILLE, Ky. (AP) — Louisville plans to retire the No. 8 jersey of former Cardinals quarterback Lamar Jackson, the school's first Heisman Trophy winner. Jackson's number will be retired during a ceremony at Louisville's Nov. 13 home game against Syracuse. He joins Johnny Unitas as the school's only football players to have their numbers retired. Unitas' No. 16 was retired in 2003. Athletic director Vince Tyra cited Jackson's Heisman and […] 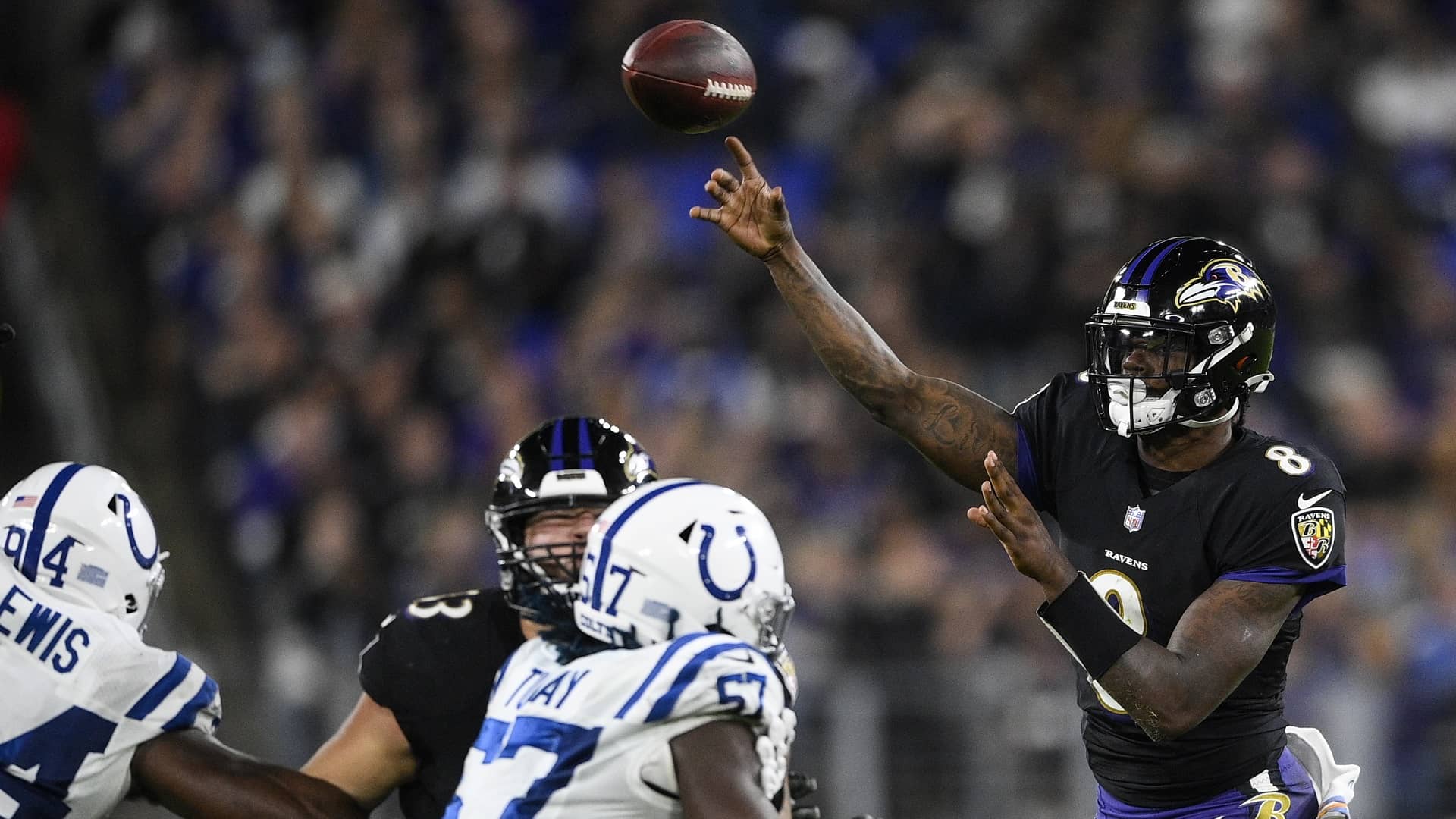 Jackson leads Ravens back to 31-25 OT win over Colts

BALTIMORE (AP) — Lamar Jackson threw a 5-yard touchdown pass to Marquise Brown on the first possession of overtime to give the Baltimore Ravens a 31-25 victory over the Indianapolis Colts. Jackson threw for a career-high 442 yards and four touchdowns, including a pair of short TD passes to Mark Andrews in the fourth quarter as the Ravens rallied from a 25-9 deficit. Andrews also caught the two 2-point conversions […]